Recognition and Elimination of Subharmonic Oscillations

DC/DC instability occurs due to a variety of factors, such as improper compensation parameters or insufficient layout. This article will discuss subharmonic oscillations, a form of instability that can be generated when current mode switching regulators have a continuous inductor current and a duty cycle exceeding 50%. These oscillations then create unstable power supplies.

To learn about subharmonic oscillations, consider a buck circuit with peak current control, and how these oscillations may change based in relation to time and frequency.

Subharmonic Oscillations in Relation to Time

Figure 1 shows a buck circuit with peak current control that compares the error signal (VC) with the inductor current signal (IL). VC is obtained by subtracting the reference voltage (VREF) from the output voltage (VOUT). This generates a control signal to drive the upper and lower MOSFETs. 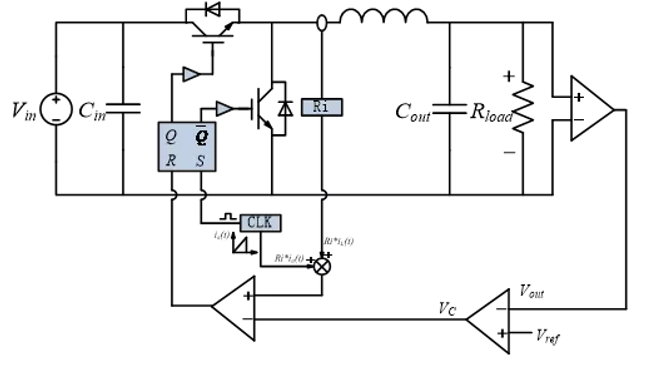 Figure 1: Comparison of VC and IL

Figure 2 shows where VC and IL intersect. The blue line represents the IL signal and the switching waveform (SW) under stable conditions, while the pink line represents the IL signal and SW waveform after disturbances. ∆I0 and ∆tON are defined by the SW as the error value. Figure 2 shows that at a duty ratio of 30%, the disturbance gradually decreases, and the system tends to be stable. 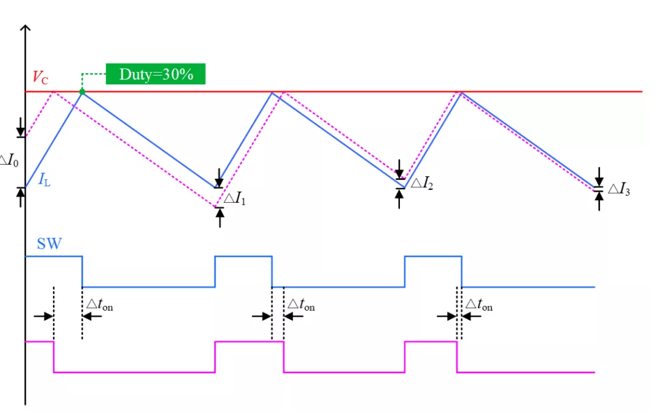 Figure 3 shows that when the duty ratio increases to 70%, the disturbance gradually increases, resulting in system instability. 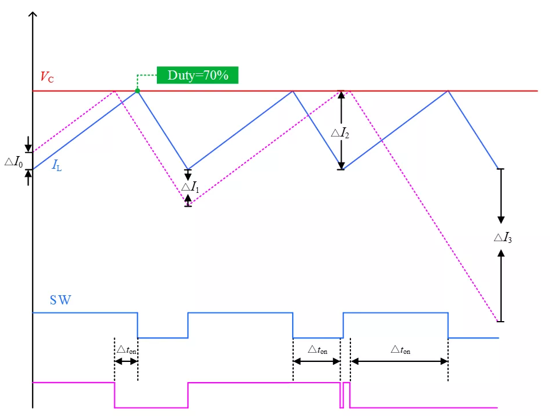 Figure 2 and Figure 3 show that a duty ratio of 50% can be inferred as the boundary point between the convergence and divergence of the disturbance.

Using these defined variables, ΔiLT can be calculated using Equation (1):

For example, when D is less than half (meaning the duty cycle is below 50%) in the nth cycle, ΔiLT gradually converges to zero. Conversely, if the duty cycle exceeds 50%, ∆iLT diverges. The disturbance is determined to be a subharmonic oscillation because the value can be positive or negative, is n-related, and has a rate of change that is exactly half of the switching frequency.

Subharmonic Oscillations in Relation to Frequency

We can also obtain the next subharmonic oscillation using the frequency domain. Based on the buck circuit diagram with peak current control from Figure 1, Figure 5 shows a system structure diagram that can derive the open-loop transfer function, which is controlled by the system to the output.

With the open-loop transfer function controlled to the output, the input voltage (VIN) is set to 12V, and the switching frequency (fSW) is 400kHz, the duty cycle changes in accordance with the Bode diagram. Figure 6 shows that when the duty is at 50% and 67%, the gain curve has a resonance peak at half of the switching frequency. The phase curve flips quickly, indicating that subharmonic oscillation has occurred. This significantly affects system stability. However, when the duty cycle is at 28%, neither the gain curve nor the phase curve is abnormal. 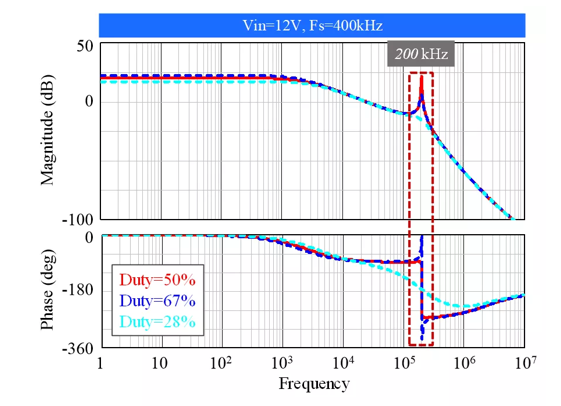 There are several methods to reduce subharmonic oscillations. Figure 7 shows the peak current control block diagram with sawtooth wave current compensation. For this method, a sawtooth wave compensation signal is superimposed on the inductor current signal. As a result, the VC signal changes from a constant value to a pulsating slope signal. Typically, this process is referred to as the slope compensation technique. 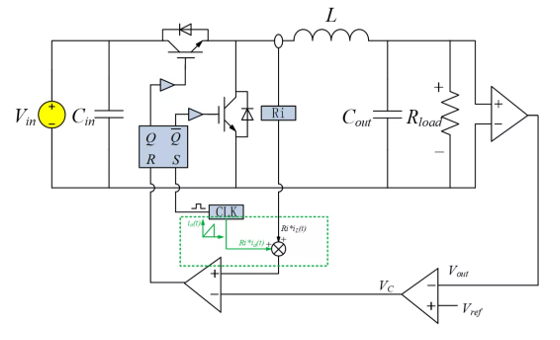 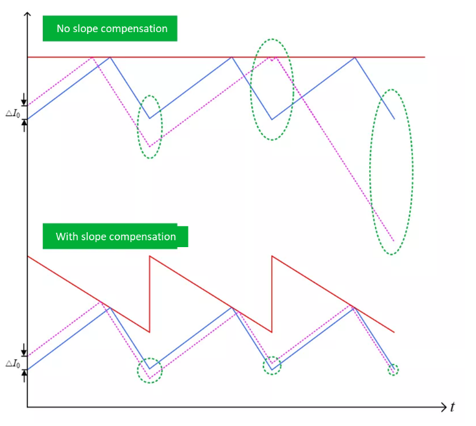 The slope compensation technique can be analyzed using mathematical derivations and different frequencies.

Drawbacks of the Slope Compensation Technique 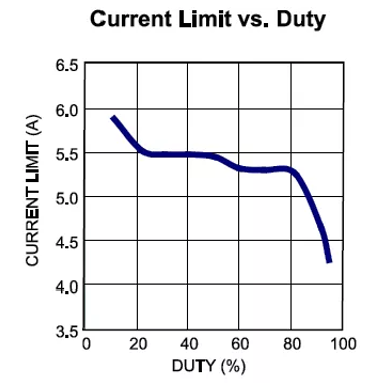 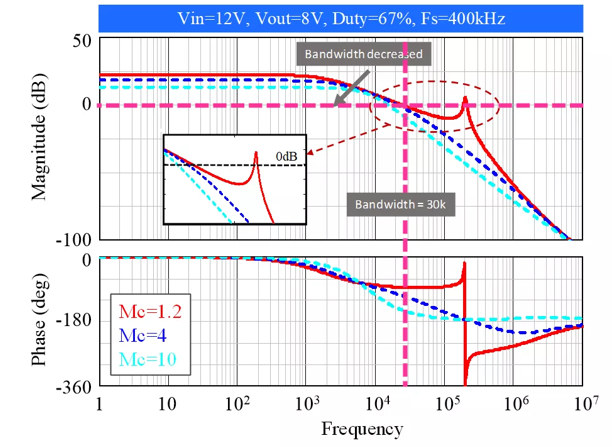 4 Comments
The MSL info of MP4569GN-Z
I found there are two MSL value for MP4569GN-Z, MSL 1 and MSL 2a, is there any official doc to clarify this?thx
DC-DC POWER CONVERTERS