When Is It Beneficial to Place a Copper Layer Beneath DC/DC Power Supplies?

Engineers often disagree on whether the inductive bottom of DC/DC power supplies should be laid with copper. The first argument is that laying copper under the inductor produces eddy currents on the ground plane. As a result, the eddy current affects the power inductor’s inductance and increases the system loss, and the ground plane noise impacts other high-speed signals. The second argument is that a complete copper floor reduces EMI and improves heat dissipation.

In this article, we will discuss how inductors are classified, then execute an experiment that lays copper beneath the inductor. Finally, we will explain the benefits of implementing a copper layer before we determine if it is advantageous to place copper beneath DC/DC power supplies.

Before settling the copper layer debate, we must first understand how inductors are typically classified. In short, inductors are divided into three categories, described below.

An unshielded inductor has a magnetic routing core made up of air, meaning its magnetic lines are entirely exposed to the air without any magnetic shielding.

A molded inductor casts the windings and magnetic material at once. This leaves only a small air gap inside, which prevents inductive saturation. Therefore, this type of inductor is largely free of magnetic line overflow.

Figure 1 shows and summarizes all three types of inductors. 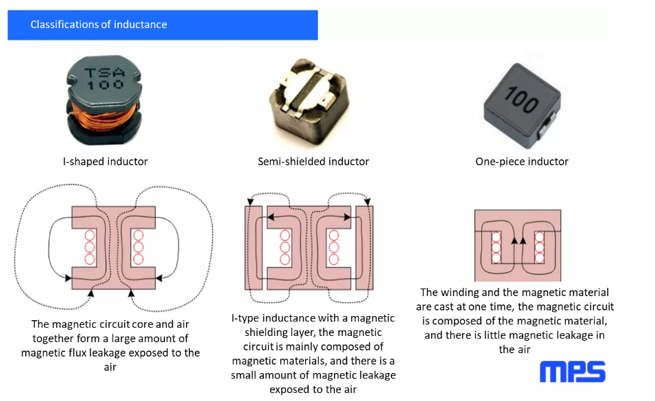 Practical Experiment with the MPQ4420

Consider the experiments that were run using the MPQ4420 evaluation board. To simulate placing a copper layer under the inductor, a grounded copper sheet was placed near the inductor. The inductive current ripples were measured to evaluate the effects of laying copper beneath the inductor.

The experimental results showed that the peak inductive current increased by about 8% when the copper was placed close to an unshielded inductor (see Figure 2). When other inductors were used, the inductor current’s peak-to-peak value remained almost constant. 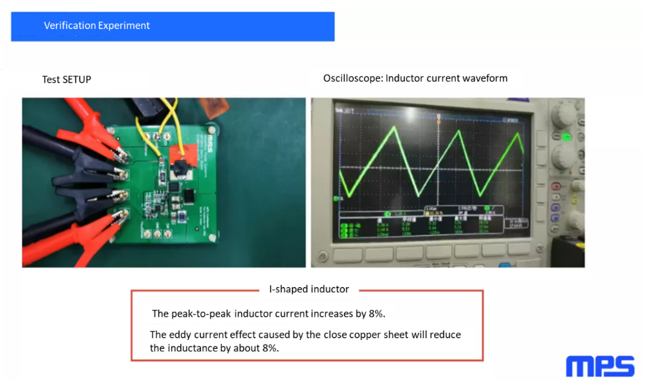 Figure 2: Verification Experiment with the MPQ4420 Evaluation Board

This practical experiment proved that laying copper at the inductor’s bottom only has a small effect for unshielded inductors. The inductance is almost unchanged for either shielded inductor.

Advantages of Laying Copper Beneath an Inductor

When laying copper at the inductor’s bottom, the magnetic field generated by inductors or other high-frequency circuits creates an eddy current at the copper layer. This current weakens the original magnetic lines, similar to how an electromagnetic shield can block the magnetic field’s downward transmission. The overall effect must be considered during EMI testing, since it is important to reduce the high-frequency magnetic field’s impact on other components (see Figure 3). In addition, the EMI filter component and connector can be placed on the back to further optimize EMI performance.

MPS offers both semi-shielded and molded inductors across inductance ranges from 0.33µH to 22µH, with saturation currents between 0.8A and 64A. The MPL-SE series provide semi-shielded inductors — such as the MPL-SE2512-4R7, MPL-SE2512-220, MPL-SE4030-150, and MPL-SE5040-R47 — that use an external magnetic epoxy resin to enhance magnetic characteristics.

Given the minimal effect of copper on inductors, it is ultimately up to the engineer to determine whether to use copper according to the application and required specifications.

Questions answered by MPS engineers in 24h
Estimating inductor losses in buck converter
I have a buck converter running at 650kHz, 12V output voltage at 10A max and an input voltage range from 35V to 60V. As the inductor I chose the SRP12...
INDUCTORS

4 Comments
Choosing an MPS inductor
The MP2225 is a good fit for my requirement, 12V input, 3.3V out with 4A maximum load. What is a good way to choose an MPS inductor for this applicat...
INDUCTORS

2 Comments
MPS Inductors for Filters
The MPQ4572 data sheet shows a 4.7uH inductor in the EMI Pi filter for the typical application. Can an MPL inductor be used for this filter applicati...
INDUCTORS