LED lighting is one of the fastest growing segments in automotive electronics, but it is not without its own unique challenges. This article describes several major constraints facing today’s lighting designers and explores how these can be addressed by MPS’s new MPM6010-AEC1 automotive LED module.

One of the biggest trends in automotive electronics has been the widespread proliferation of lighting LEDs, as their intrinsic benefits of longevity, small size, and low power consumption are perfectly harmonious with the needs of today’s eco-conscious vehicles. LEDs today are found by the dozens in and around cars. On the inside, they can be found in accent and mood lighting, tell-tales, and digital screen backlights. On the outside, they’re a great fit for everything from turning and position indicators to fog and daytime running lights. In the coming years, LEDs are expected to take over high-power headlamps, which, even as of a few years ago, were still mainly halogen- or Xenon-based.

Today’s automotive lighting engineers face a litany of technical challenges when implementing ever smaller and more exotic LED solutions, among which are the need for high reliability, robustness against electromagnetic interference (EMI), and thermal management.

High reliability is the universal ethos in automotive engineering and is especially important in exterior lighting, which may be depended upon for indicating a vehicle’s status (turning, stopping, alerting, etc.). A good general rule for maximizing reliability is to minimize the number of components on a board: fewer components usually leads to fewer potential points of failure, less material handling, less complicated layout, and a design that’s easier to debug and bring to market.

Furthermore, as LED systems shrink, the associated electronics used to drive these must follow suit. A common method to achieve smaller board designs is to increase the operational frequency of their switching drivers, thereby reducing the size of their associated inductors and capacitors. However, moving to higher switching frequencies can increase radiated emissions catastrophically; EMI has a squared relationship to switching frequency, meaning a doubling of switching frequency increases the EMI four-fold. To counteract this, designers must rigorously tune their schematics and layouts to choose low-loss components and minimize the sensitive pathways, or loops, that see the highest transient current activity. These can include the switches, energy-shuttling inductors, and decoupling capacitors. Another method of reducing EMI is simply to add metal shielding, but this is often prohibitively expensive in the price-sensitive lighting market.

Lastly, while LEDs inherently require far less power versus their halogen or incandescent counterparts, thermal management is a big concern as it is directly related to LED life expectancy. LEDs are famous for promising hundreds of thousands of operational hours, but this can be greatly reduced when they’re subjected to excessive high junction temperatures and further exacerbated by the often harsh climates that vehicles must survive in. 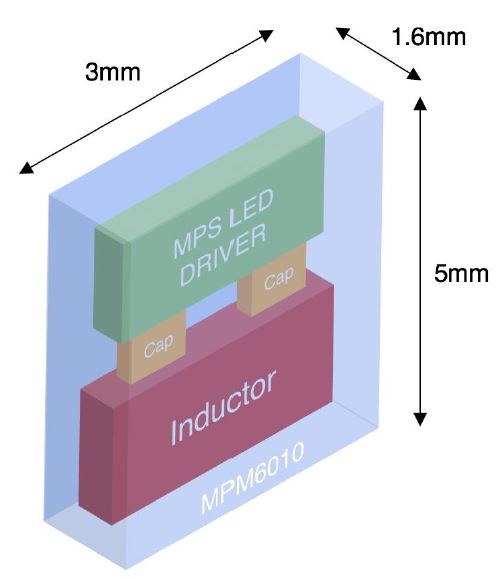 MPS had these key concerns in mind when they developed the new MPM6010-AEC1, the industry’s most advanced automotive LED driver module. This 36V, 1.5A, LED module integrates a synchronous step-down LED driver with an automotive-grade inductor and decoupling capacitors (Figure 1), targeting up to 15W interior and exterior lighting applications. The MPM6010’s compact 3mmx5mm form factor drastically simplifies and shrinks board layout–as shown in Figure 2, with as few as four external components it is possible to achieve a full LED driver solution with this module.

The MPM6010-AEC1 utilizes the same great proprietary low RDS(ON) process technology made popular in MPS’s DC/DC converter solutions, delivering over 90% efficiency at 2.2MHz and contributing to cooler-running LED systems. Figure 2 shows the efficiency measured in a real-world application of 1 and 2-series connected LEDs driven at 2.2MHz. 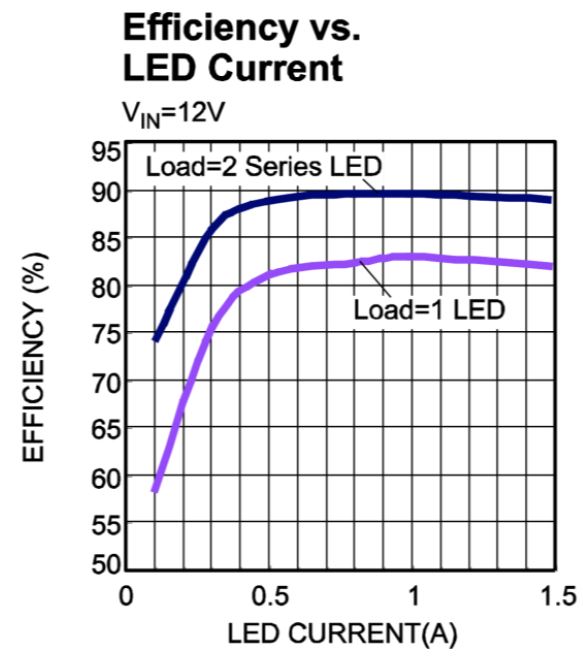 This LED driver module helps improve system reliability by slashing the sheer number of components needed: as illustrated in Figure 3, a single MPM6010 module takes the place of 4-6 separate board-level components of a comparable discrete driver. Furthermore, the inductor’s inside was separately qualified under AEC-Q200 passive component qualification guidelines before the entire module was qualified under AEC-Q100 guidelines.

With the MPM6010, EMI is optimized, as the critical loops with the highest current transients are localized within the module package itself, passing CISPR25 Class 5, a standard automotive EMC requirement, becomes more straightforward. 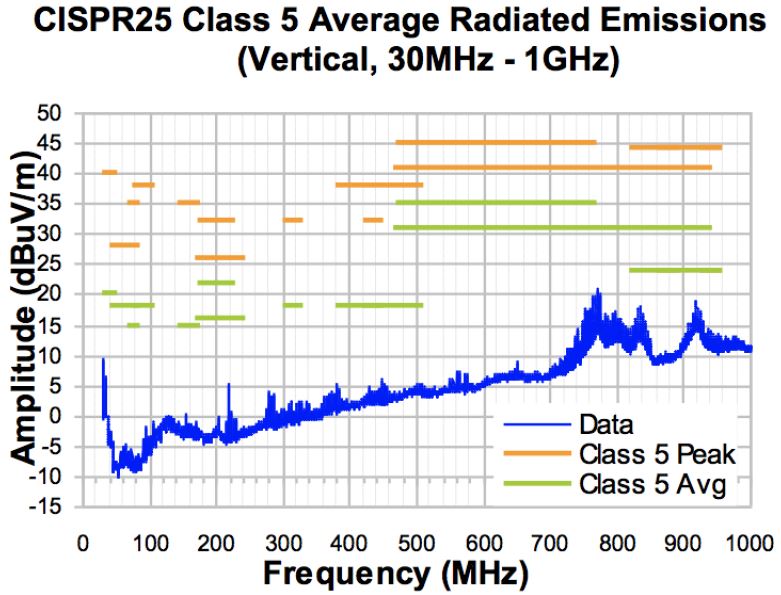 Lastly, the MPM6010-AEC1 supports LED thermal management by employing thermal foldback techniques using either its PWM dimming input (EN/DIM) or the LED current regulation feedback pin (FB). Figure 5 shows one such implementation of the latter: when the temperature tracked by the external thermistor reaches its critical threshold, the current delivered to the LEDs is throttled back. This circuit, coupled with built-in safety features such as thermal shutdown and open/short LED detection, helps to maintain the LEDs within a safe operating margin that can better ensure a long lifespan. 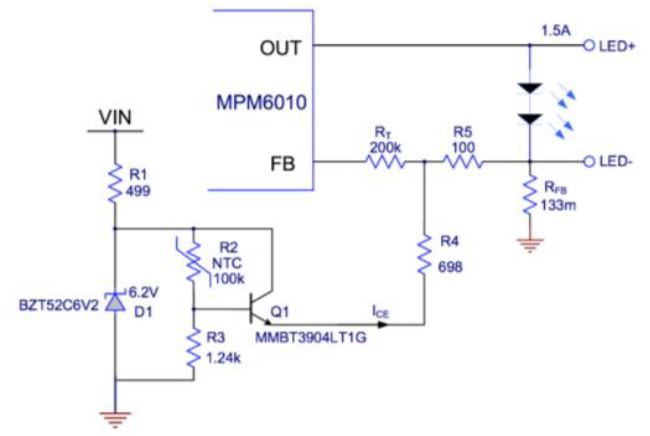 The MPM6010 is qualified to AEC-Q100 Grade 1 standard and is offered in 3mmx5mmx1.6mm QFN packaging with optional wettable flanks to assist with automated optical inspection

Automotive suppliers face stringent performance and size goals in designing LED lighting systems, and the market trends suggest that these will only get tougher over time. Advanced integrated driver modules like the MPM6010 can help fulfill aggressive product requirements of high reliability, EMI compliance, controlled thermals and more, making it easier to reach those system goals and paving the way for a new generation of ever-more sophisticated illumination and signaling systems.