If Small is Too Big: The New MA782 Hall Encoder is the World’s Smallest True Absolute IC Encoder®

Over the last several decades, product development has become more and more dominated by design and ergonomic aspects. We all happily embrace this as consumers, but as developing engineers we are also aware of the implications on our daily work. Complex functions get squeezed into tiny packages, and increasing numbers of applications are now battery-powered and mobile.

This also has a significant impact on sensor system development: Where it was once sufficient to attach a commercial encoder, you now often need to design a sensor configuration specific for given mechanical constraints.

In response to these major trends, MPS has developed the MA782 as a new member of our MagAlpha family of position sensors.

Optimal Use of Space

The MA782 uses MPS’s proprietary SpinAxisTM technology. SpinAxisTM technology enables monolithic integration of the complete angle sensor, and allows the lateral dimensions of the internal sensor front-end to only take up fractions of a square millimetre (see Figure 1). This is in sharp contrast to other approaches, which often need to combine separate sensor front-ends (e.g. magnetoresistive) to a processing unit (e.g. an interpolator). 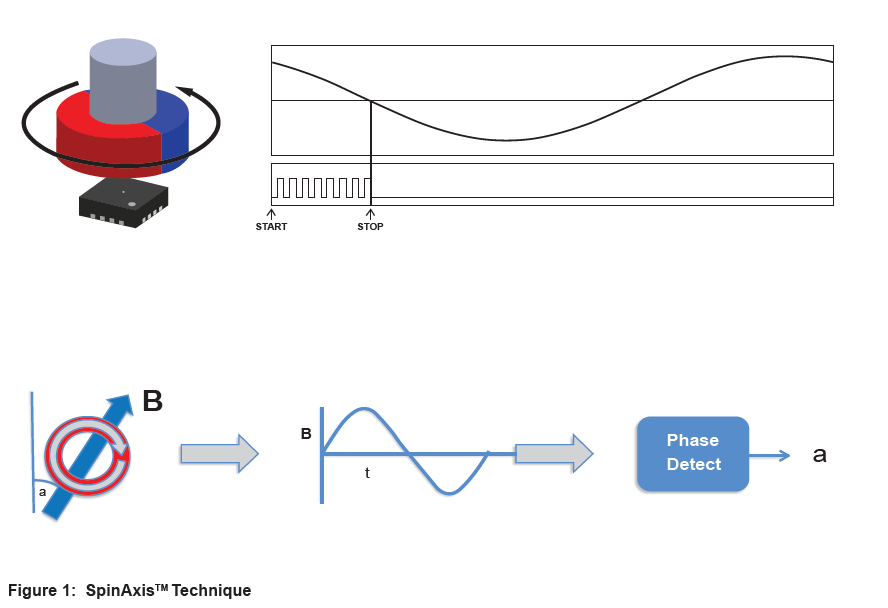 Classic IC packages connect the pads to the lead frame using wire-bond connections that extend across the edge of the silicon die. Modern flip-chip technologies reduce this circumferential edge by flipping the die and connecting the pads directly to the lead frame through solder bumps. Using this technology makes it possible to shrink the footprint of the MA782 down to 2mmx2mm — more than 50% smaller than the already industry-leading form factors of MPS’s other MagAlpha sensors (see Figure 2). 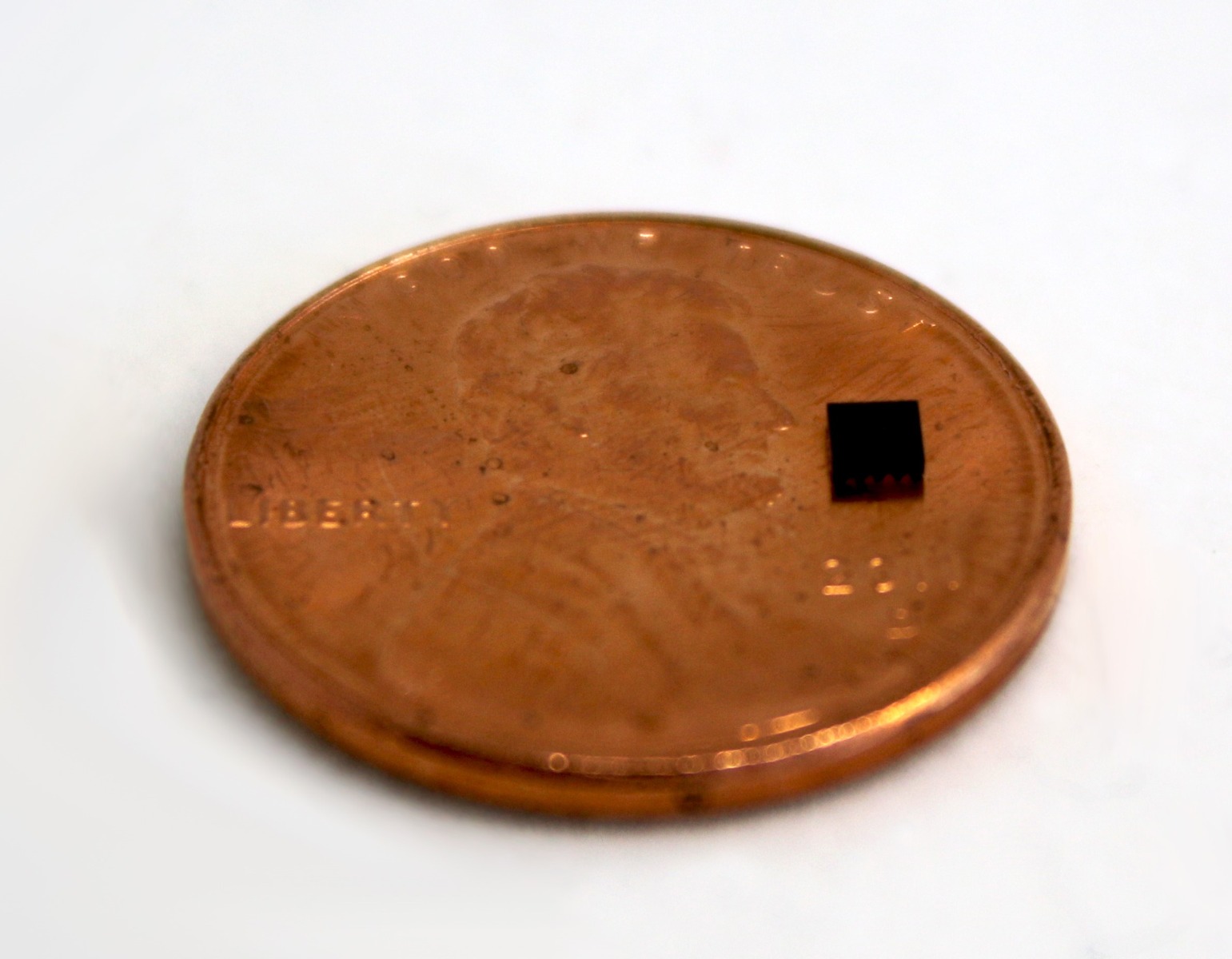 The mechanical design of a product often blocks access to the center of the rotation that is being sensed. Here, another perk of MPS’s SpinAxisTM technology comes into effect: The MA782 can be positioned either directly facing the center of a rotating magnet (end-of-shaft), displaced laterally (side-of-shaft), or even orthogonal to the edge of the magnet’s plane (orthogonal side-of-shaft) (see Figure 3). Diametric magnets, ring magnets, or multi-pole ring magnets are suitable targets. This versatility enables sensor positions that can suit even the most challenging constraints.

Typical examples of systems that impose strict energy budgets on sensors are residential electronic door locks or modern WiFi-connected room thermostats. Both applications have movement that is triggered rather infrequently (just a few times a day), but users expect the system to react without any noticeable delay. And although the internal complexity demands a microcontroller-based implementation, users expect it to operate over weeks or months on a single battery charge.

First, it is a true absolute encoder that delivers full angle information with each and every sampling — even immediately after an extended standby period.

Second, the MA782 has configurable sample rates. An integrated power-down logic wakes up the sensor core at an interval tuned to the particular application, measures the actual angle, and returns the sensor to an ultra-low power standby mode. Only the communication interface remains active, and a host microcontroller can fetch the latest angle information at any time. In typical configurations, the average consumption is between 4mA and 4µA, depending on the sample rate and required angle resolution.

While these measures aim to reduce the sensor’s energy consumption, the MA782 goes one step further and helps optimize the efficiency of the complete system. The sensor can be configured to generate an IRQ signal for the microcontroller once a position change exceeds a predetermined threshold. Therefore, the processing system — which is often responsible for a large portion of a system’s power consumption — can remain in sleep mode and is only being reactivated when necessary. The interrupt criteria are defined by a reference angle and a threshold for deviation from this reference.

The sensing core of the MA782 is based on an array of integrated Hall-effect devices that measure the direction of the in-plane magnetic field. A fast digital filter that generates 8-bit to 12-bit angle resolution and efficient SPI communication emables control cycles as short as 6.25µs for highly dynamic systems. With the SpinAxisTM method, minimal calibration is required, limited to just a zero-point shift and possible symmetry compensation.

This makes the MA782 the best sensor choice for applications that are constrained by mechanics, power requirements, or both.

5 Comments
Smallest MPS Angular Encoder device
Hi Gregory, The max spinning speed for the MA782 is determined by the amount of acceptable angle error combined with the desired filter window. For...
MOTOR DRIVERS/SENSORS