How to Avoid Inductor Saturation in your Power Supply Design

An inductor is an important component of a DC/DC power supply. There are many considerations to make when choosing an inductor, such as inductance value, DCR, size, and saturation current. The saturation behavior of the inductor is often misunderstood and can be troublesome. This article will address how inductors become saturated, how saturation affects the circuit, and methods to detect inductor saturation.

To understand how an inductor becomes saturated, see Figure 1 and the steps for inductor saturation described below:

Figure 2 shows another perspective of inductor saturation, as well as an equation that shows how the system’s flux density (B) and magnetic field strength (H) can affect inductance. 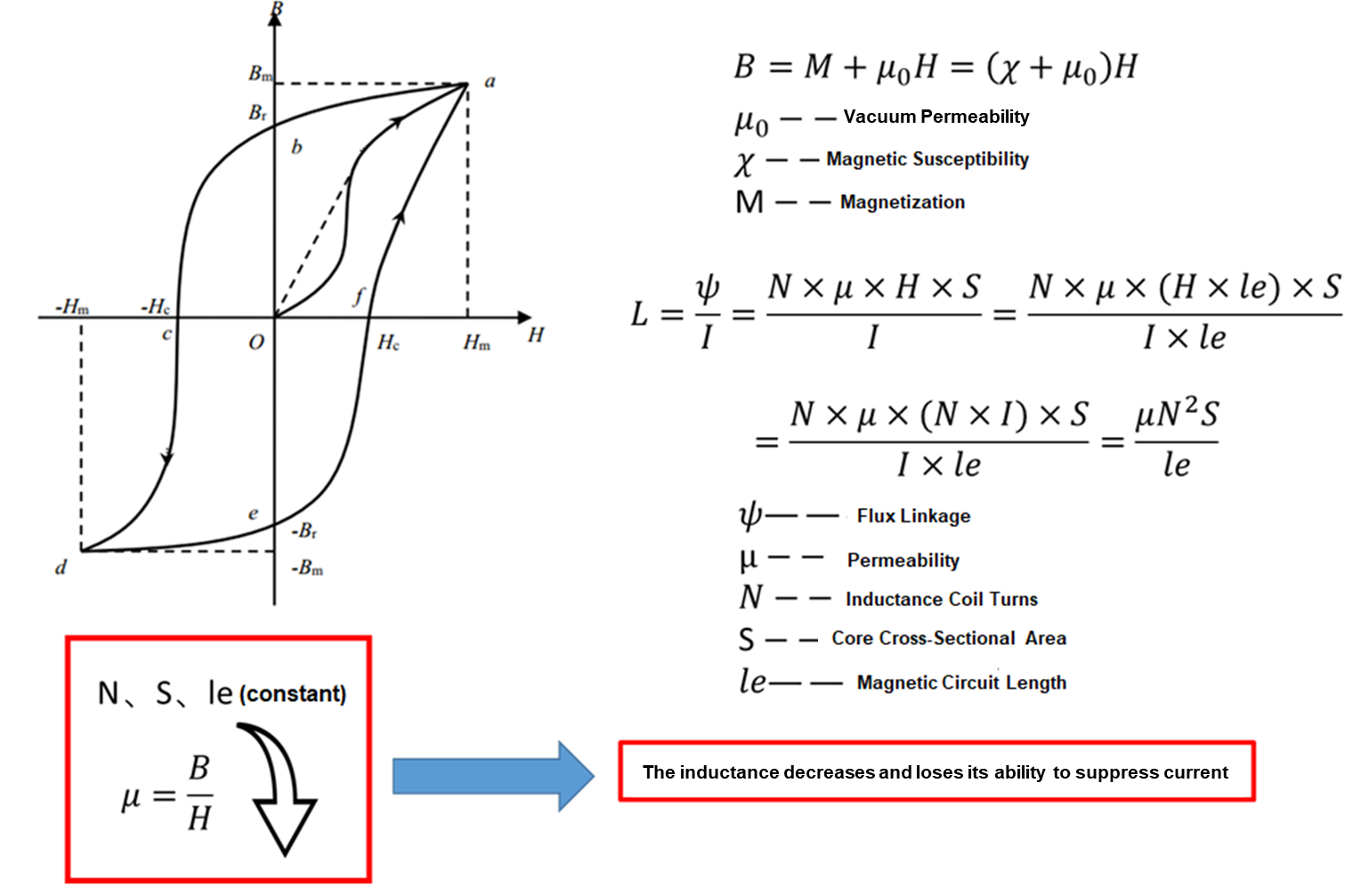 There are two categories to judge inductor saturation in practical applications: theoretical calculations and experimental tests. Figure 3 summarizes these methods. 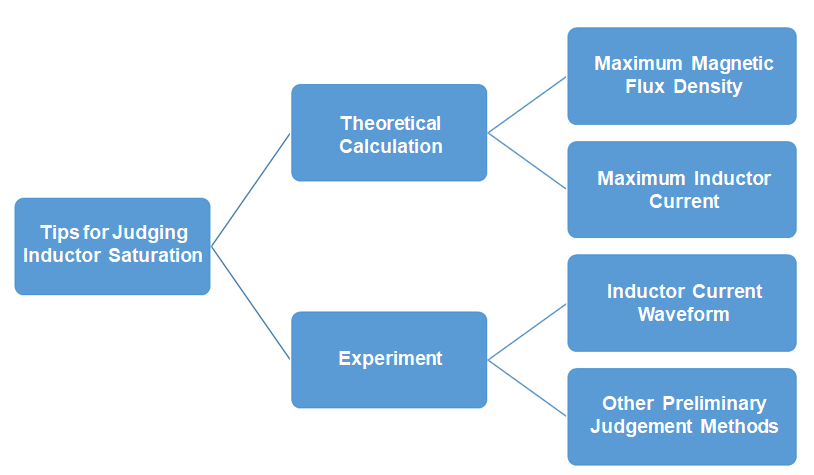 Theoretical calculations require calculating the maximum magnetic flux density or the maximum inductor current. On the other hand, experimental tests mainly focus on the inductor current waveform and other preliminary judgment methods. These methods are described in more detail below. 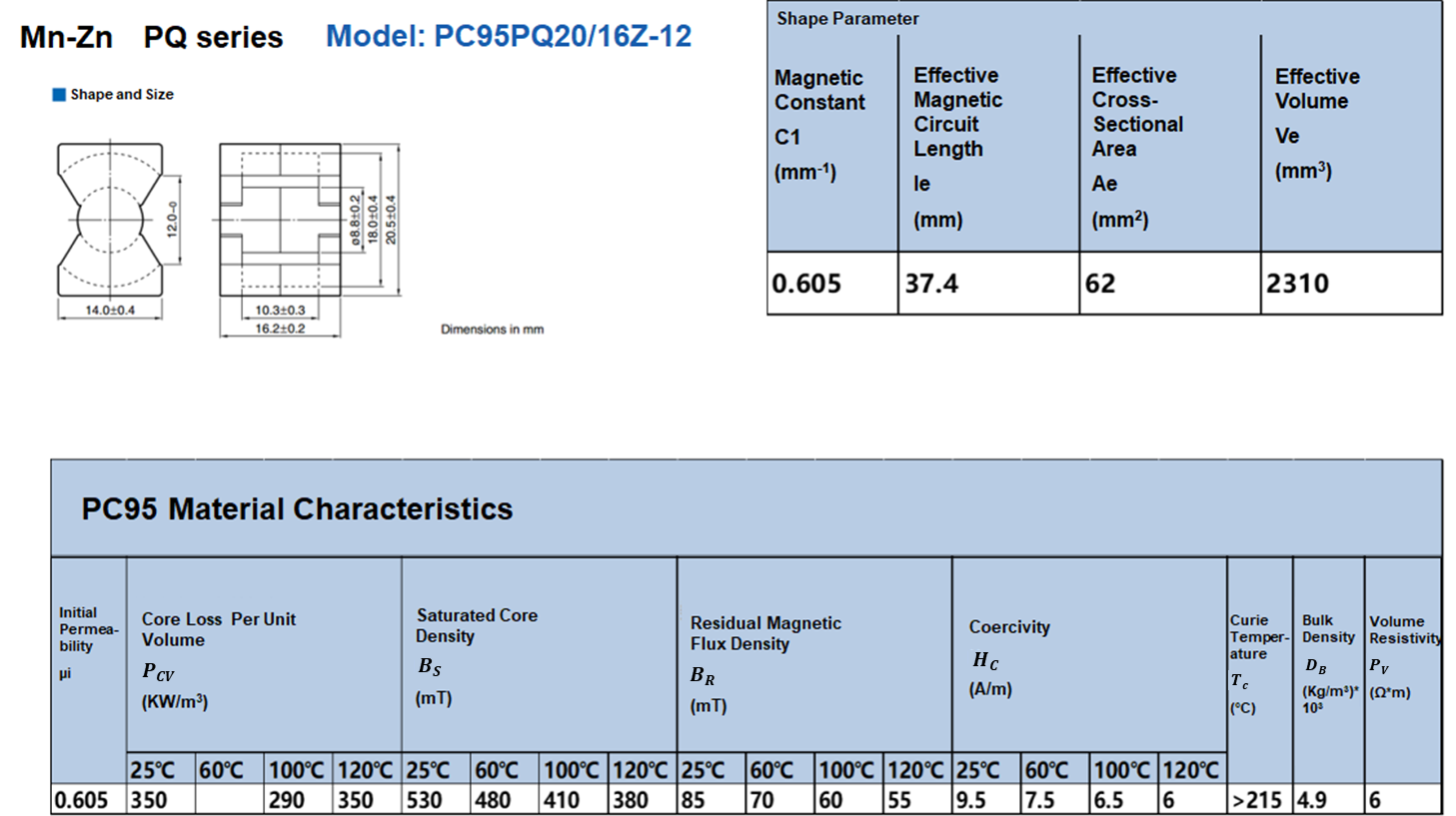 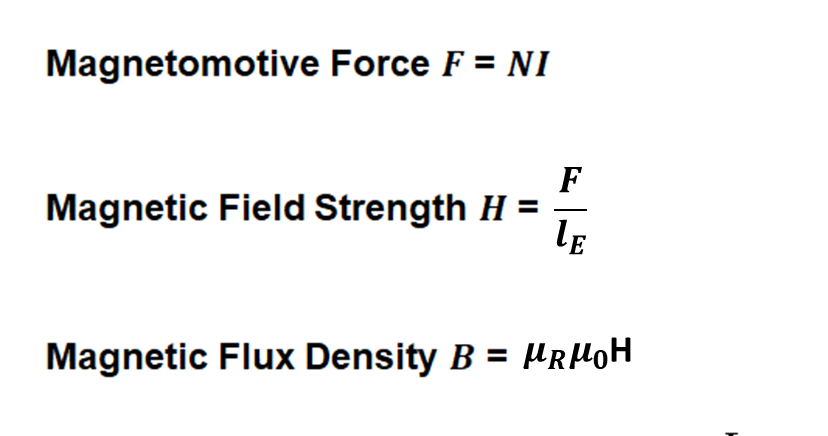 In practice, the calculation can be simplified, and µI can be used instead of µR. When compared to the saturation flux density of the magnetic material, it can be determined whether the designed inductance is at risk of saturation.

Take the MP2145, a switch-mode converter, as an example. The inductor current can be calculated according to the formulae below, and compared the calculation result with the inductor specification value to determine whether the inductor will be saturated (see Figure 6). 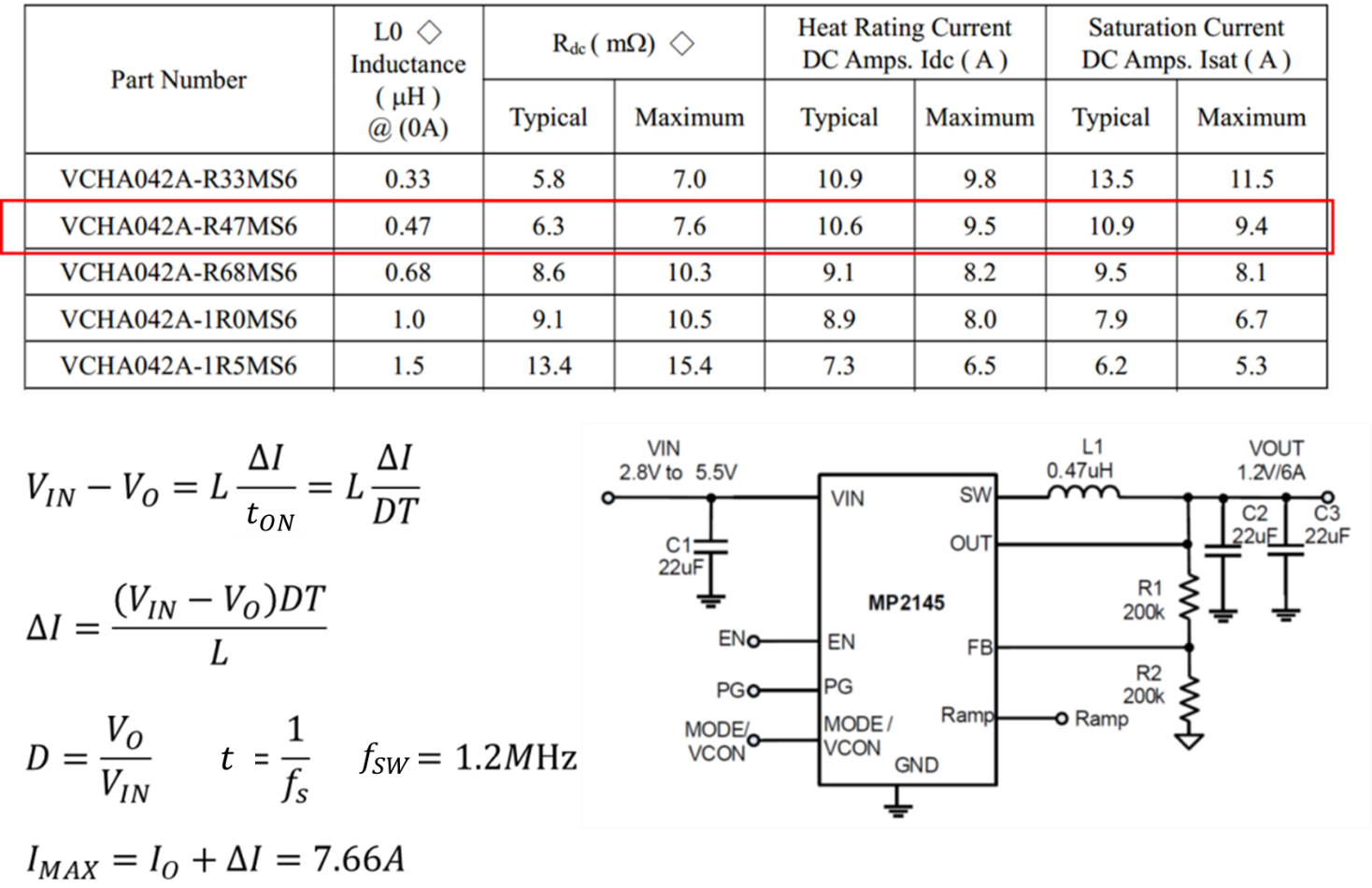 This method is the most common and practical method available for engineers. 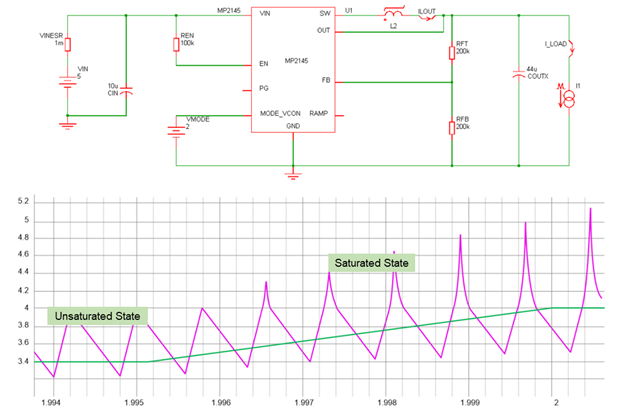 We can observe distortion in the inductor current waveform to determine when it becomes saturated.

Figure 8 shows the measured waveform on the MP2145 evaluation board. There is an obvious distortion after the inductor becomes saturated, which is consistent with the simulation results. 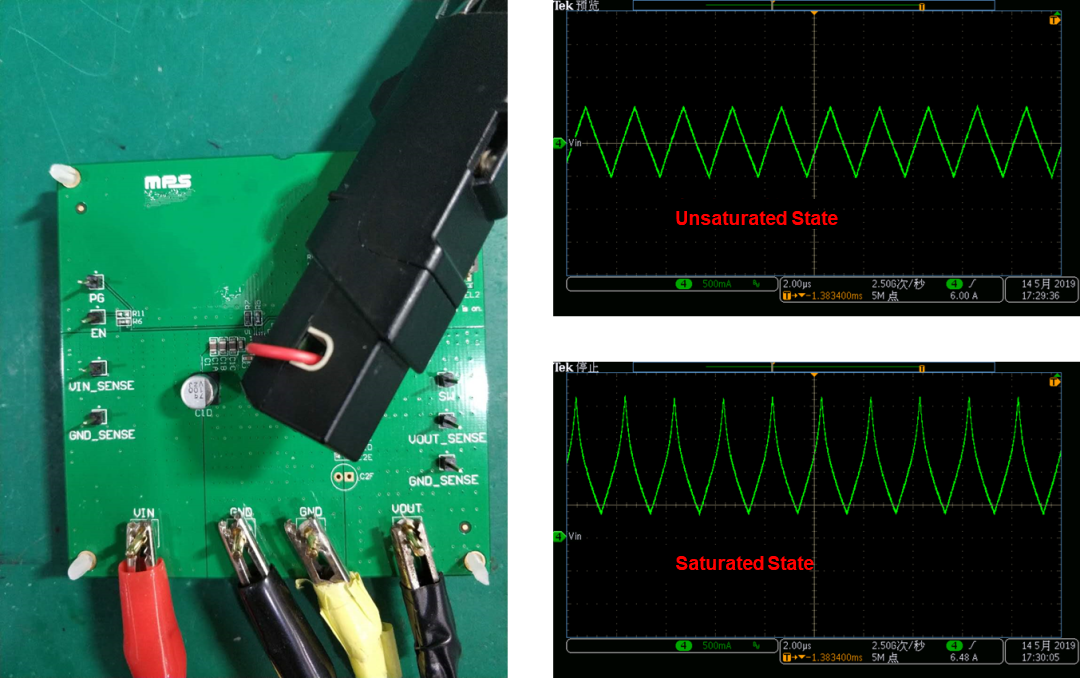 Method 4: Measure the Abnormal Temperature Rise of the Inductor and Listen for Audible Sounds 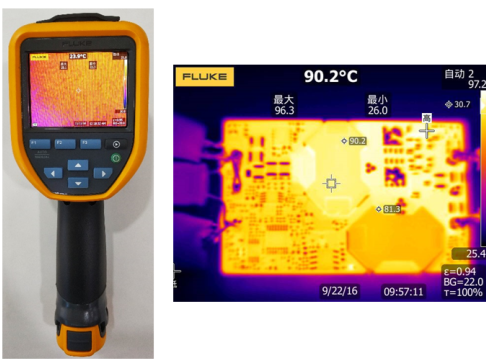 When designing power supplies with inductors, it is important to avoid saturating your inductor. This article explained some of the physical behaviors that cause magnetics to saturate, and provided equations to choose the proper inductance value for your circuit, scope pictures of what current waveforms look like when the inductors become saturated, as well as other tricks to observe inductor saturation in your application. To choose an inductor for your next design project, see our new catalog of inductors.

Questions answered by MPS engineers in 24h
MP4470 output voltage stability
...t that the inductor is saturating. Inductors have several current ratings, the most critical is the saturation current rating. Once the inductor sa...
DC-DC POWER CONVERTERS

2 Comments
Choosing an MPS inductor
...ble inductor options. Scroll down to the “MPL” prefix devices and select the desired inductance and saturation current values. For this applica...
INDUCTORS