Based on the driving power supply generation principle, the driving IC can have either a charge pump or buck-boost scheme. These schemes are described below:

Figure 1 shows the characteristics of the charge pump and buck-boost schemes.

Working Principles of the Driver IC

Figure 2 shows the simple working principle of the N-channel MOSFET driver with a charge pump topology.

The CLK cycle is as follows:

C0 is a small capacitor with fast charging and discharging speed. C1 is a large capacitor with a high load capacity. Therefore, by frequently switching S1 and S2 (as well as S3 and S4), the charge on C0 can be continuously transferred to C1, while the negative end of C1 is connected to the battery voltage (VBATT). As a result, the N-channel MOSFET is driven by a voltage that exceeds VBATT.

Figure 3 shows the simple working principle of the N-channel MOSFET driver with a buck-boost topology. 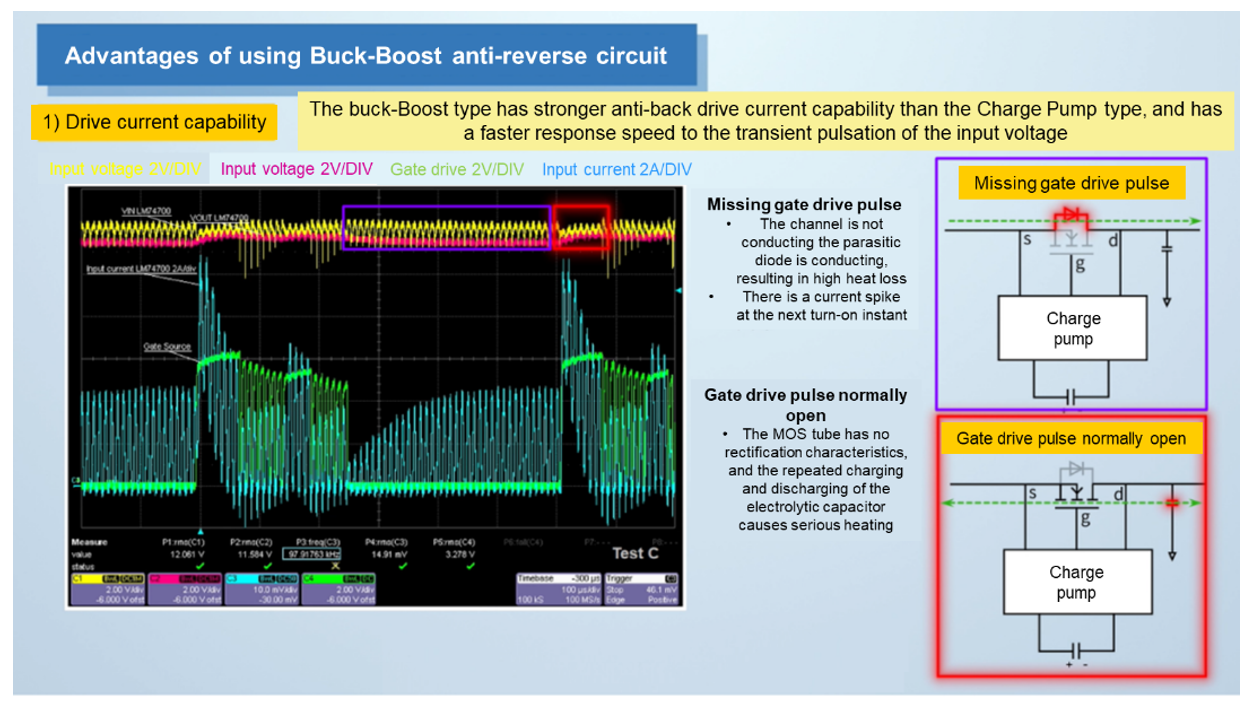 When the gate driver pulse is lost, the MOSFET is not driven. Meanwhile, the body diode is on, and there is considerable heat loss. At the turn-on moment, there is a large charging current spike.

When the gate driver pulse is on, the MOSFET is typically on. Meanwhile, the electrolytic capacitor is repeatedly charged and discharged, which results in significant heat generation.

The buck-boost topology also improves EMC performance. Although the charge pump has no inductance, it is a capacitive switching power supply that requires an extremely high operating frequency due to its low efficiency. In general, the integrated capacitance is small (within the pF range), while the external capacitance is large (within the µF range). As a result, the charge pump’s switching frequency (fSW) exceeds 10MHz. This high frequency can cause EMI issues. 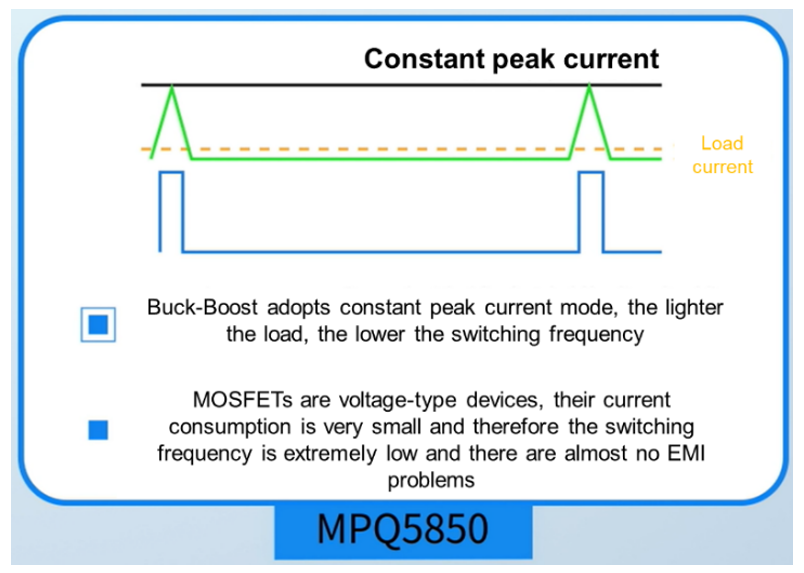 The MPQ5850-AEC1 is a smart diode controller that achieves reverse input protection by driving an external N-channel MOSFET to replace a Schottky diode. It is well-suited for automotive cold-crank conditions, and is available in a TSOT23-8 package.

Questions answered by MPS engineers in 24h
Usb C source and sink power with MPQ4228-C-AEC1
Hi, I am looking for advice on this chip. The mcu circuit needs to supply power to a cell phone when it has external power and be powered by the phone...
AUTOMOTIVE SOLUTIONS