As power electronic switching techniques advance, there is an increased need to accurately measure current for feedback control and system monitoring. There are several methods to achieve this, with each method having advantages and limitations. This article focuses on current measurement methods that require relatively high accuracy and bandwidth, such as those used to measure current on the input of computer/telecom boards, inverter phase currents, and other circuits carrying currents from a few amperes up to 100A.

In particular, this article will review specific details on how to measure currents with Hall-effect current sensors, as well as sensors which use a current mirror that has been integrated into a load switch or e-fuse device. These methods will be compared to current-sense architecture that uses shunt resistors.

Historically, current shunts and current transformers were considered the best methods to sense currents in electric and electronic circuits. However, these methods have significant drawbacks, as current shunts require a compromise between the signal-to-noise ratio and power losses in the sensing element. This tradeoff makes it difficult to take accurate measurements across wide current ranges. In addition, current transformers are typically large, expensive solutions, and are only well-suited to measure AC currents.

Advances in semiconductor technology have introduced Hall-effect sensors and current mirrors, which are practically lossless current-sense devices with an output that is easy to scale for optimal signal to noise ratio. This article focuses on these solutions.

Current mirror current sensing is typically used with devices that have internal power MOSFETs, such as smart power stages, load switches, and e-fuses. This approach uses a few cells of the power FET to act as a current mirror, which generates a current output that is proportional to the current flowing through the main switch.

When this current flows through an external resistor, it is simple to create a voltage proportional to the current flowing through the main FET. Half-bridge power stages are ideal devices that use this measuring method, as they provide wide current capabilities (10A to 90A) and a current mirror output with a 5µA/A to 10µA/A gain. These power stages are particularly useful for applications with synchronous buck regulators in single-phase or multi-phase configurations.

For other applications, it is advantageous to have a load switch or electronic fuse (e-fuse) circuit that can protect downstream electronics from inrush current or overload conditions. Such circuits typically deploy power MOSFETs as a switch element, and current mirrors are a cost-effective way to monitor a current through these devices. One example is MPS’s MP5921, a sophisticated hot swap e-fuse device that provides several levels of protection along with current and temperature monitoring capabilities (see Figure 1). 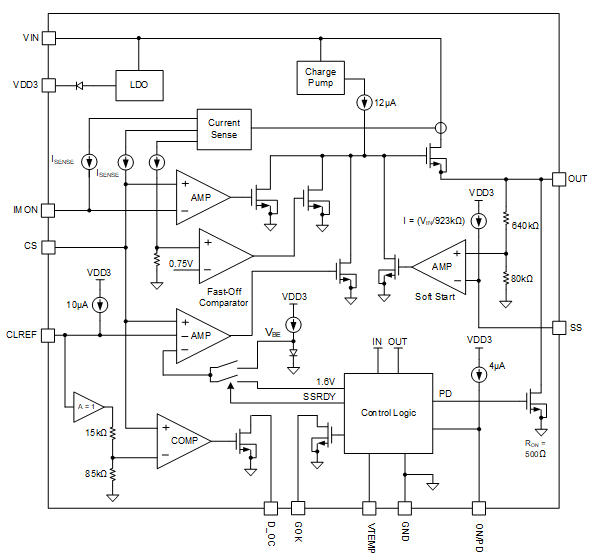 The MP5921 can support sustained currents up to 50A in standalone mode, and can support even higher currents when placed in a parallel configuration with multiple devices (see Figure 2). 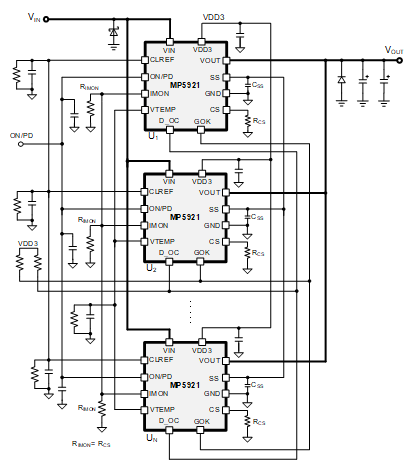 The MP5921 devices can operate in conjunction with the MP5920 (see Figure 3). With the MP5920, the current signal can be converted into a digital format that is monitored via the I2 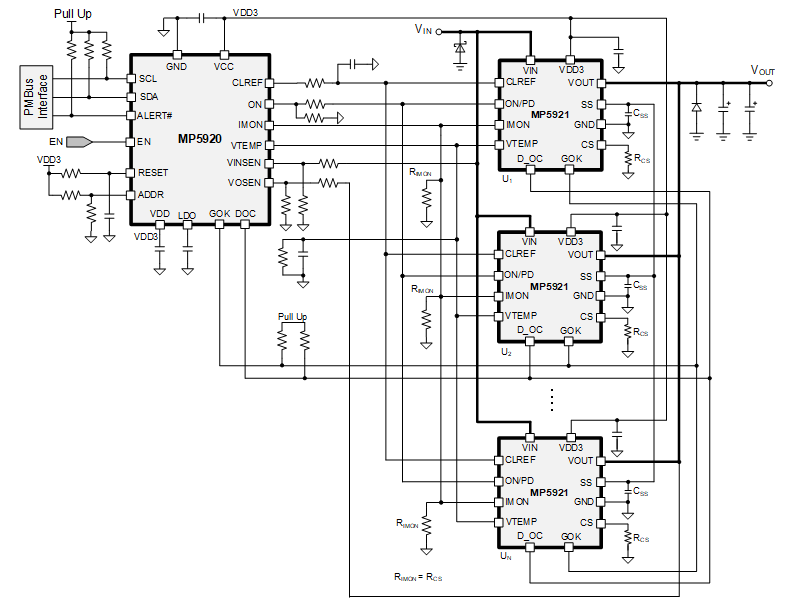 These solutions are well-suited for applications with DC/DC converters on computing and server boards. Other applications, such as those with motor drivers and AC/DC circuits, benefit from current-sense devices that can generate a bidirectional signal consistent with the AC current of a motor driver or power inverter.

The high voltages present in these applications can be dangerous to the surrounding logic-level circuitry. Hall-based current sensors can provide galvanic isolation between the high-voltage, high-current circuitry and the logic-level circuitry that is used to control the device. This is achieved by sensing the magnetic field that every current generates. These sensors then output a voltage that is directly proportional to the current.

The MCS180x family of current sensors from MPS provides high-precision Hall-effect current sensing with isolation voltages up to 2200V and working voltages up to 280V. These current sensors can be used in applications up to 50A. One common application for Hall-effect current sensors is inverters. This article will examine a three-phase inverter, as they are ubiquitous in power electronics (e.g. UPS, motor drivers, and solar applications) and can be easily generalized to an offline application by removing one of the phases. Typically, the sensors are used to feed back the phase currents to the controller (see Figure 4). In Figure 4, the high voltage side is marked red, while the logic voltage is green. The isolation is achieved by galvanically separating the primary side (current-carrying leads) from the secondary side (output leads). 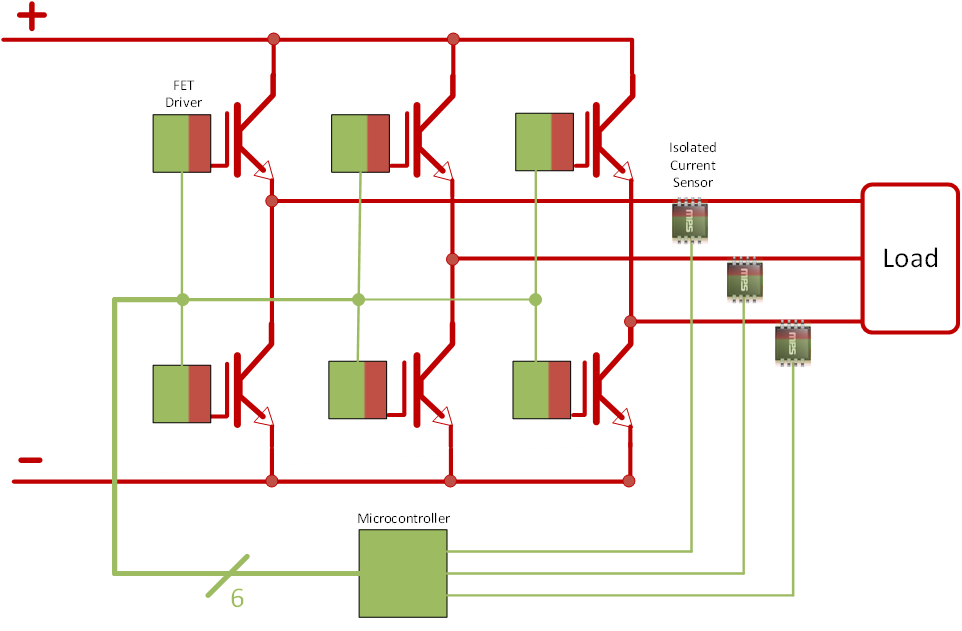 Figure 5 shows the leadframe and die of an MCS180x current sensor. In Figure 5, the primary side is copper-colored, and the current flow is represented by the red arrows. Note that in actual applications, current can flow in either direction. The flow of the current creates a magnetic field (shown in blue) according to Ampere’s Law. which states that the field magnitude is directly proportional to the current density.

It is also important to note that the primary does not touch the silicon (shown in black) — instead, it is separated by an air gap and silicon oxide insulation. The direction and amplitude of the magnetic field is detected by Hall sensors in the silicon die, and that signal is then amplified and outputted to one of the secondary pins (shown in silver). The other secondary pins are VCC, GND, and a filter pin. The filter pin creates a tradeoff between bandwidth and signal noise. 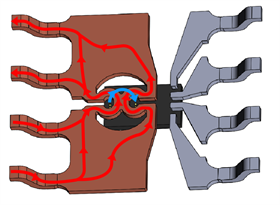 Figure 5: Leadframe and Die of a MCS180x Hall-Effect Current Sensor

The MCS180x sensors have a ratiometric output, meaning that it is centered around VCC / 2. When a positive current flows, the output voltage rises in proportion to the current, from VCC / 2 up to VCC. When a negative current flows, the output falls from VCC / 2 to 0V (see Figure 6). In this product family, IPMAX is indicated by the part number suffix (e.g. the MCS1802-10 has an IPMAX of 10A). This allows a designer to choose an appropriate current range for their application. Available options are 5A, 10A, 20A, 30A, 40A, and 50A IPMAX. 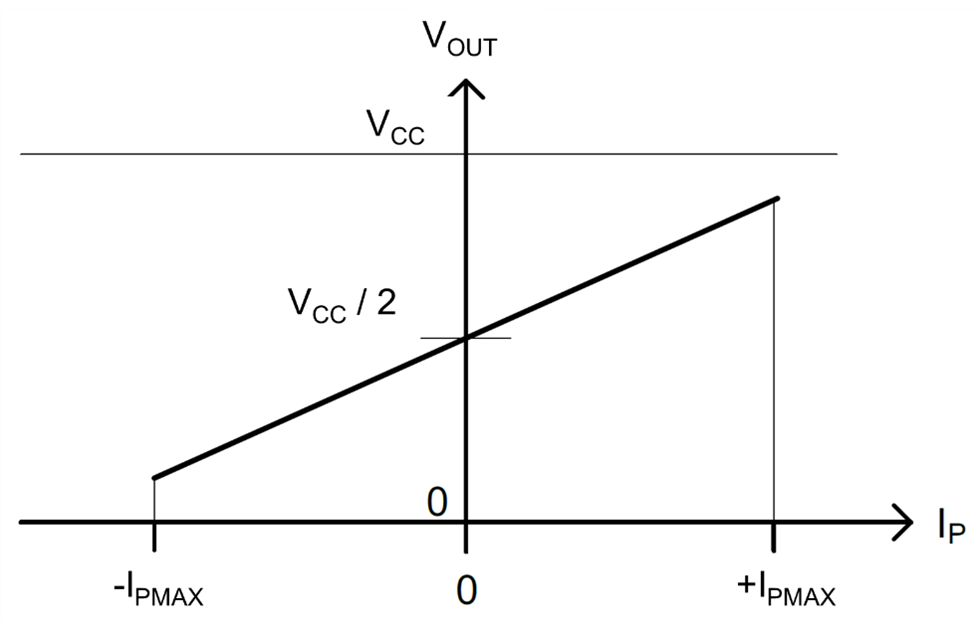 This article highlighted available options for accurate current measurement, and clarified how to select the best current-sense solution for an application. It is important to consider technological options early in the design process, and to note the specifics of each solution, such as power supply requirements and the achievable output signal range, to create the most efficient solution possible. The MCS180x Hall-effect sensors from MPS were used to demonstrate how current-mirroring technology helps designers improve system-level performance while reducing power losses and system complexity.

7 Comments
HR1211 CS RAMP Question
Dear MPSer, May I know the HR1211 why need to introduce the ramp slop for VCS? thanks!
AC-DC POWER CONVERTERS