To guarantee excellent performance, it is vital to address the challenge of estimating a battery’s internal state in battery-based applications. This task is accomplished by the fuel gauge. Fuel gauges accurately estimate the battery’s internal states while providing key information about the battery, such as state-of-charge (SoC), state-of-health (SoH), and power limits. However, developing such complex algorithms requires an in-depth chemical understanding of Li-ion cells, expertise on nonlinear state estimation techniques and control theory, as well as significant resources and time.

The alternative is to use model-based state estimation methods, which combine current-only and voltage-only methods. However, model-based methods rely on a cell mathematical model that captures the cell’s most important dynamics, such as open-circuit and diffusion voltages. Since these dynamics are heavily influenced by internal and environmental factors, their extraction depends on defined characterization tests across the complete cell operating range. 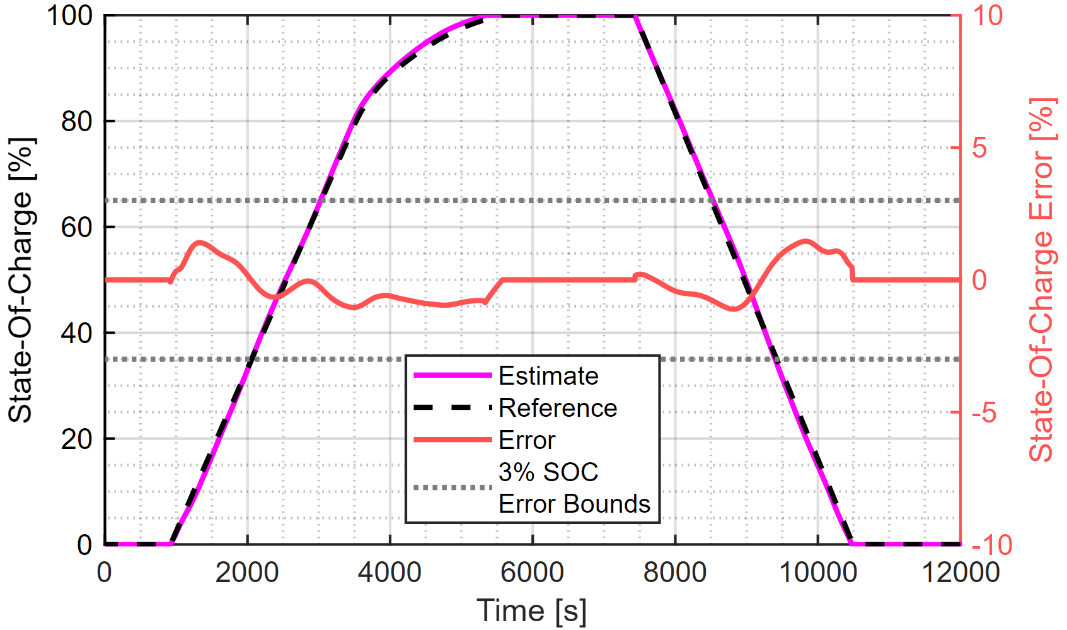 Figure 1: The MPF42790’s Performance for a Complete 1C Charge/Discharge Cycle

MPS’s fuel gauge algorithm relies on high-fidelity electrical cell models generated from a proprietary characterization sequence, proprietary analysis, and optimization tools. This system allows users to easily load any one of these models into the fuel gauge (see Figure 2).

For example, the distribution of cells within the battery pack leads to a temperature gradient due to non-uniform thermal dissipation (see Figure 3). Therefore, a fuel gauge must enable reading multiple temperature sensors to obtain a highly accurate cell-level thermal reading. Otherwise, the state estimation might be less accurate, regardless of the cell model accuracy.

This novel architecture approach receives high-resolution, calibrated measurement data from the analog front end (AFE). This architecture is compatible with any AFE on the market, and is simple to integrate into new or existing electronic designs (see Figure 3). Additionally, users benefit from unprecedented visibility of the cell stack’s internal voltage, which provides key insight into the individual operation of each cell and its influence on the battery pack dynamics.

As battery cells become unbalanced or operate at different temperatures, the chemical impedance of each cell diverges, shortening the battery’s runtime and range. The battery pack’s usable state-of-charge is limited by the weakest cell, so monitoring the individual cells’ voltage allows the fuel gauge to deliver a more accurate estimate of the pack’s state-of-charge in real time.

The fuel gauge can accurately estimate the actual state of every cell (or group of parallel cells) in the stack while estimating the battery full and empty conditions (i.e., when the pack is at a 100% or 0% state-of-charge, respectively). These fuel gauge solutions provide full and empty points that reflect both application-specific limits on the battery pack voltage and industry standards, such as IEC62133, that mandate safe operating voltages.

The fuel gauge’s operation depends on a mathematical model of the lithium-ion cell. Because battery systems are naturally complex, multiple parameters must be adjusted to optimize the fuel gauge.

Even if the cell model is provided, battery-based systems still require a lengthy validation process due to the number of parameters. A longer validation process can cause severe setbacks in the testing schedule, which increases costs and time-to-market. To address this issue, fuel gauges can be simplified by using a graphic user interface (GUI) for users to manually fine-tune the fuel gauge. 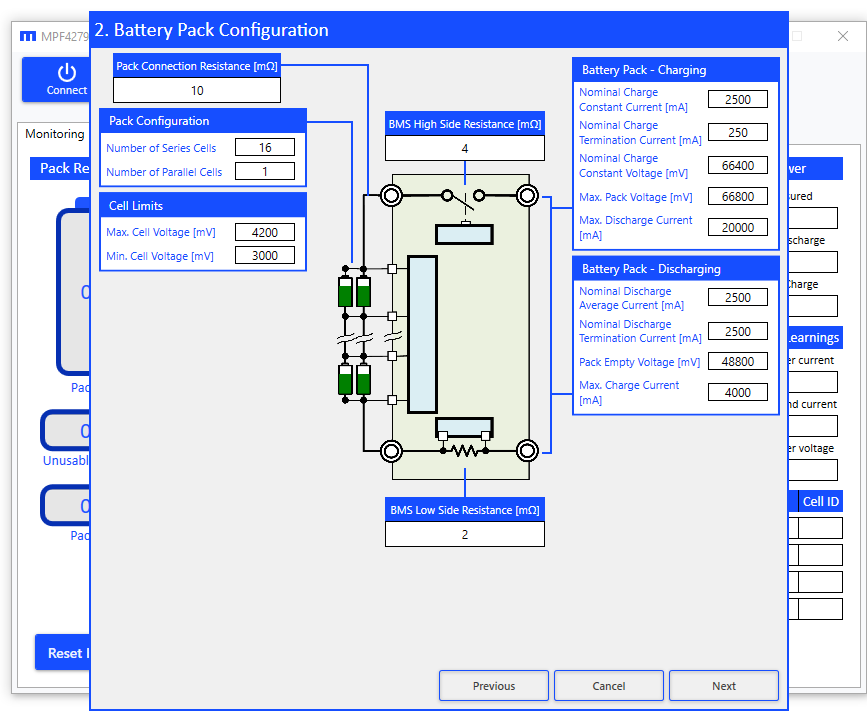 Multiple tests must be carried out to validate a fuel gauge’s operation. These tests are designed to imitate how the battery is typically used in the final application, how the battery ages, and how it acts under certain conditions, such as extreme temperatures or high currents.

However, if the fuel gauge settings are changed, many validation tests must be repeated to ensure optimal performance, which demands resources and time. Ideally, a single set of tests could determine the optimal fuel gauge configurations while simultaneously reducing safety risks and time-to-market.

The MPF42790 includes this novel feature, which enables quick resimulation of any battery pack test under different configuration parameters (see Figure 5). First, the test data is recorded and exported to a common file format using the GUI. Next, the exported test data is loaded into the GUI and resimulated using the updated fuel gauge settings.

As battery-based solutions become increasingly popular, several challenges must be addressed to ensure safe operation and user satisfaction. One challenge is how to accurately estimate the battery’s internal states across all of its stacked lithium cells, since these cells provide key information about the battery operation.

Fuel gauges, such as the MPF42790 from MPS, must provide optimal performance in addition to adaptable designs, simple GUIs, and virtual testing capabilities. These highly adaptable devices enable designers to resimulate previously recorded tests, which significantly speeds up configuration, testing, and validation.

Questions answered by MPS engineers in 24h
MP2615 at no load
Hi, I use the MP2615 to charge my two cell battery. When the gauge closes the ‘charging mosfet’ for some reason (over-current, over temperature, ...
BATTERY MANAGEMENT

4 Comments
MP2639A/C Mode Change issue
Dear support, I bought the EV2639A-R-00A for testing of an application where I would like to automatically switch between charging and discharging by ...
BATTERY MANAGEMENT

3 Comments
What does it take to get the MP2696B datasheet?
I register, called, and still no response. pete.vanderjagt@dornerworks.com
BATTERY MANAGEMENT